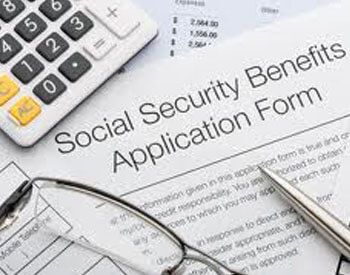 Congressman Paul Ryan (R-WI) is trying to cut more than $5 billion to the SSI program during the next ten years.

One of the organizations I belong to, the National Organization of Social Security Claimants’ Representatives (NOSSCR), denounces House Budget Chairman Paul Ryan’s proposed budget that suggests deep cuts to some of our nation’s most crucial social programs, including severe cuts to the SSI program.

According to NOSSCR, the $5 billion in cuts to the SSI program would remove vital income support to low-income seniors and people with severe disabilities to help protect against the worst effects of poverty (Click here for more information on the SSI program).

A press release by the NOSSCR describes the damaging effects that would result from the removal of SSI benefits. “As advocates for the disabled, our members know firsthand the significance of these funds. Any cuts to this program would be devastating,” said Barbara Silverstone, Executive Director, National Organization of Social Security Claimants’ Representatives. “Rather than talking about cutting benefits, our leaders in Congress should be fortifying the program, which has not kept pace with inflation. We call on Congress to bring SSI in line with today’s standard of living by passing the SSI Restoration Act.”

The SSI program has been in existence since 1972 when it was signed into law by President Nixon. Since that time, it has remained a vital part of our country’s Social Security system and is one of the largest source’s of income for disabled, lower income individuals. Please let Congressman Ryan know that you are opposed to his proposed cuts to SSI. Contact Congressman Ryan by calling or writing his Washington office at: